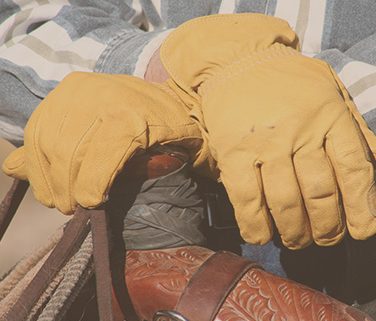 We want to thank Carl for his up-for-anything attitude and can-do mindset, and for sharing this wonderful story of his time at Burnt Well with all of us!

I WAS A COWBOY

In 2017 I decided to cowboy in New Mexico on a ranch called the Burnt Well for the Chesser family and backward C< brand.

I arrived in Rosswell NM on February 12, 2017 and was met by the top hand/owner, Mr. Kim Chesser. A real cowboy with broad shoulders, a firm hand shake and a warm smile. I would later learn that he is a man with infinite patience and sufficient wisdom and common sense to start and run his own university. A man with a passion for the land, his cattle and those he loves.

He took me to his ranch where I met his partner and the real top hand/owner, Mrs. Patricia Chesser. A woman with a matching smile and warmth akin to my mother. A woman who I would later learn is probably the best cook in the world. If you happen to get a chance to visit Burnt Well Ranch, I suggest you bring clothes at least a size bigger than normal.

The Burnt Well Ranch consists of over 15,000 acres and thousands of additional acres of leased land in the Roswell area. The ranch itself is a scenic horseback ride North of the Pecos river, the old Chisum ranch and Lincoln county where legends like John Chisum, Charles Goodnight, John Tunstall and Billy the Kid lived, rode and died. I stood in the building that housed Billy the Kid, rode on the Chisum and Goodnight trails and stood on the spot where John Tunstall was shot down (Well, maybe not quite actual spot, but real close).

I should point out that while in New Mexico, I was told by a very reliable source based on a “death bed” confession, Pat Garrett did not shoot Billy the Kid as portrayed in the movies and told in history books. Garret actually shot a sheep herder and Billy rode free till he died most likely of natural causes. Frankly although Garrett was a big man at 6’4”, I never really believed he was big enough to kill Bill the Kid.

I believe most of us think of ranchers as people who stay in a beautiful cabin on the Ponderosa and worry mostly about their children getting in to trouble in town. In reality, ranchers must manage assets (cows) worth a lot of money that are roaming over vast stretches of land. They must worry about rain, fire and other natural elements that could destroy everything in a quick period of time. They do not spend their time in town playing cards, drinking and getting into gun fights. They spend their time fixing fences, chasing cattle, branding and castrating calves and other hard jobs in the dirt, mud and rain. They manage assets that need feed, get sick and need a great amount of hands on attention. Ranching is different than managing a stock portfolio and is not for the faint of heart.

After a first-class meal upon arrival, I was taken to the bunkhouse where I would stay while working on the ranch. The bunkhouse was rustic, contained numerous western memorabilia, and has a great library of books and magazines. In fact it was nicer than most homes I have been in.

While ranching that summer, I saw an unbelievable range of wildlife. Trophy elk, mule deer and antelope bigger than any I have seen on the TV hunting programs. I saw many herds of deer and antelope, foxes, jack rabbits, quail and road runners. Road runners to not actually go Beep Beep and coyotes are actually to the West what rats are to big cities. Basically, a darn rodent that costs ranchers a lot of money. Many ranchers have had to stop raising sheep because the coyotes kill so many.

I got to shoot a coyote and therefore did my small part to alleviate the situation in a small way. I made a great 200 yard plus shot at a running coyote dropping him in his tracks. (Well, actually it was more like 50 yards, he was caught in a fence and it regrettably took more than one shot).

I shadowed Mr. Chesser as he fed cattle (A chore that takes about 4-5 hours and must be done 2-3 times a week). I rode for many hours as Kim and his son Tye and I rounded up and drove cattle between various ranch sections. We rode about 100 miles in three days and generally rode at a trot versus a mosey on down the trail comfortable gait. (Well, actually it may have been only 50 miles because I really have no clue as to how far we rode, but it did feel like several hundred). Tye’s son Teagan rode with us on one of the drives. Teagan just turned 5 years old, but sits a pony as well as most adults I have seen and he asks a lot of questions that are more intelligent than most adults I know. He told me he wants to be a cowboy when he grows up, but actually I think he already is.

Although the beginning of this story implies I was cowboying for the summer, it was only a week and regrettably I must fly into the sunset today.

However, I believe it was Willie Nelson who sang something about dreaming of being a cowboy. I did not become a cowboy and actually John Wayne also told people he was not a cowboy. The Duke was an actor and I am a business person. BUT for a brief period of time I was a cowboy just like John in his movies.

I was blessed enough to sit a good horse on a hillside where I could see for at least 50 miles in all directions across plains, cactus and mesquite to where the prairies touch the sky. An awesome and humbling experience that I shall never forget.

Yes, for a brief period of time, I WAS A COWBOY.

For brave souls who would like to experience the real west and gain insight in to ranching; visiting the Burnt Well Guest Ranch is an opportunity of a lifetime and will be an experience you will never forget.

Cowboy experience is not necessary, but a willingness to work and learn new skills and capabilities coupled with some grit sure helps.

You will not have TV and internet or cell service most of the time, but in fact you will end each day tired with a wonderful meal and sleep will come easily and soundly. You might even have enough energy for a campfire where you can “swap yarns”.

If you are looking for miniature golf, Mohito’s, spa facials and other amenities coupled with a few pictures of you on a horse, than Burnt Well should not be your choice and you should search for a “Dude” ranch.

If you are looking to challenge yourself and get a look at real nice people and ranch activities than I highly recommend the Burnt Well Guest Ranch.

Want to join the discussion?
Feel free to contribute!