Over the past 10 years coyotes have literally eaten us out of the sheep business.  We didn’t take it lying down, we had one of the best trappers working this area, as well as airplane fly-overs to try to track and eliminate the killers.  I say “killers” because these coyotes weren’t hunting for food – they would tear open the necks so they bled out and would leave the rest of the body untouched and uneaten.  It was blood sport for them.  It is sickening on every level. Sheep have always been an important part of Chesser Ranch. We used to run 1,200 ewes, but when the coyotes started averaging a killing a night, we quickly ended up in the red, and had no choice but to sell the majority of the herd.  That was a very sad day for us!

In 2011, we were down to 300 ewes and we began penning them every night in the arena at our house (Tye & Becca).  I was pregnant with Teagan at the time and drove the tractor around the arena – until my belly was so big I could no longer steer – and Tye threw hay off the back for the sheep. We did this until the baby lambs were strong enough and then turned them back out in the pasture.

Fast forward three years to 2014.  We were down to less than 100 and tried to keep the remaining sheep protected by keeping them in the tiny pasture at Kim and Patricia’s house.  The coyotes just got braver and continued to kill.  We have one very elusive coyote who stays close by and continues to get more brave.

We pen them, basically in the yard at Kim and Patricia’s, trying our best to protect these last few.  There is something inside that refuses to give up, despite being painfully aware of the beating we are taking.

This is one of the important lessons Teagan is learning at an early age.  As his Mama, there are things I want to protect him from, but if we protected him from the reality of the situation, he wouldn’t understand the reasoning behind our resolve.  And this is a lesson that will help him form his character.  We can already see it developing and it makes us proud. 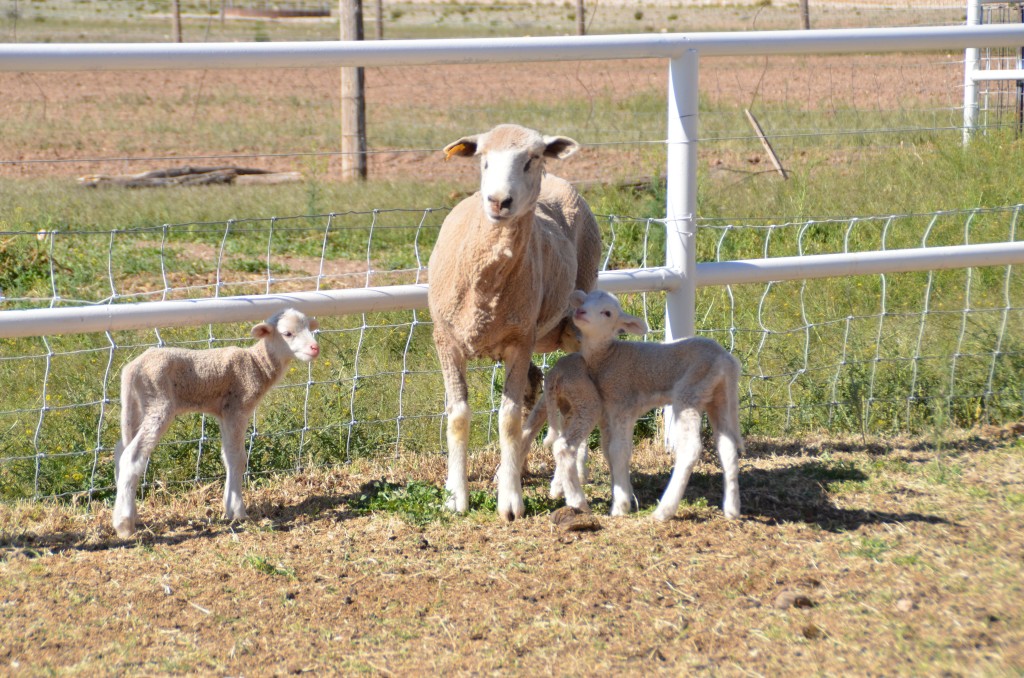 Triplets! This was the morning we realized one of the triplets wasn’t getting cared for as much as the others. 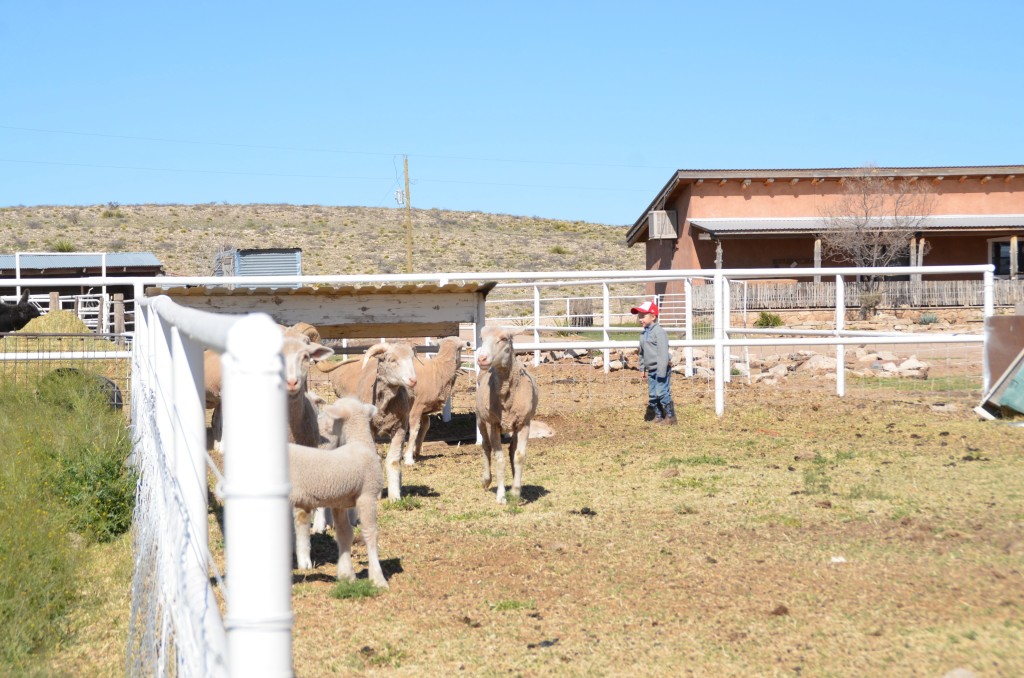 Teagan, pushing the sheep out of their pen, so they can have a little freedom during the day 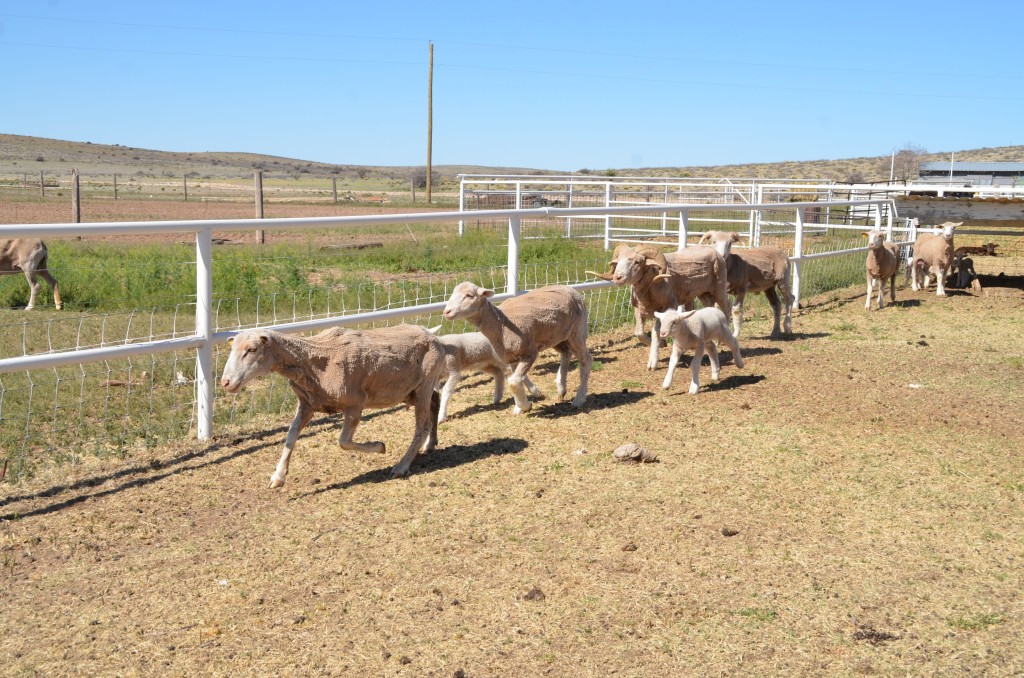 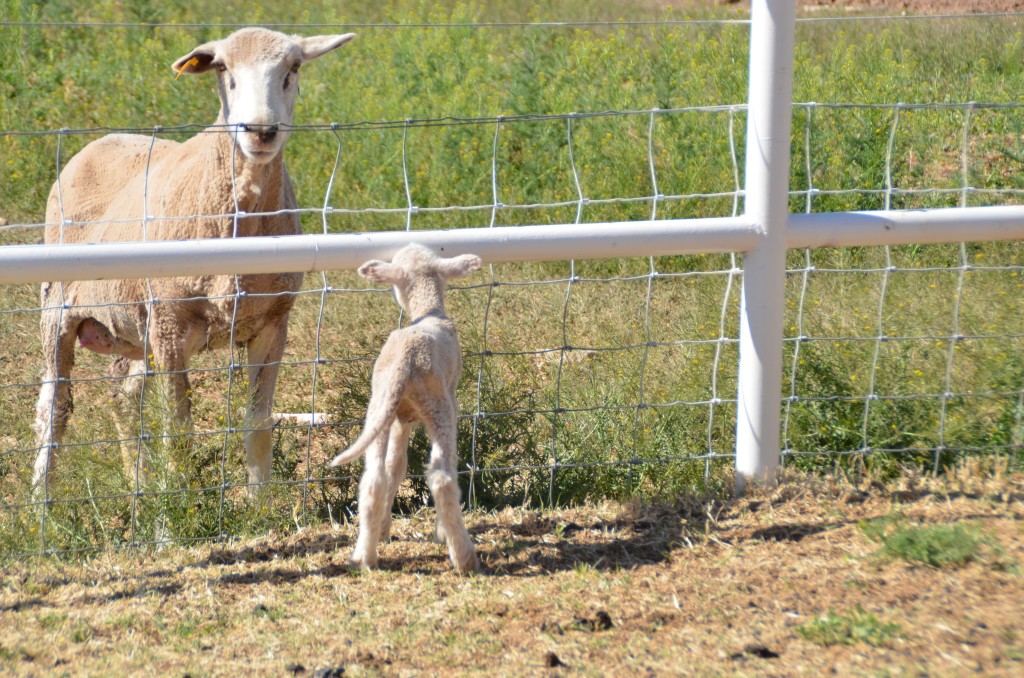 One of the triplets got left behind and couldn’t figure out how to get to the other side of the fence. 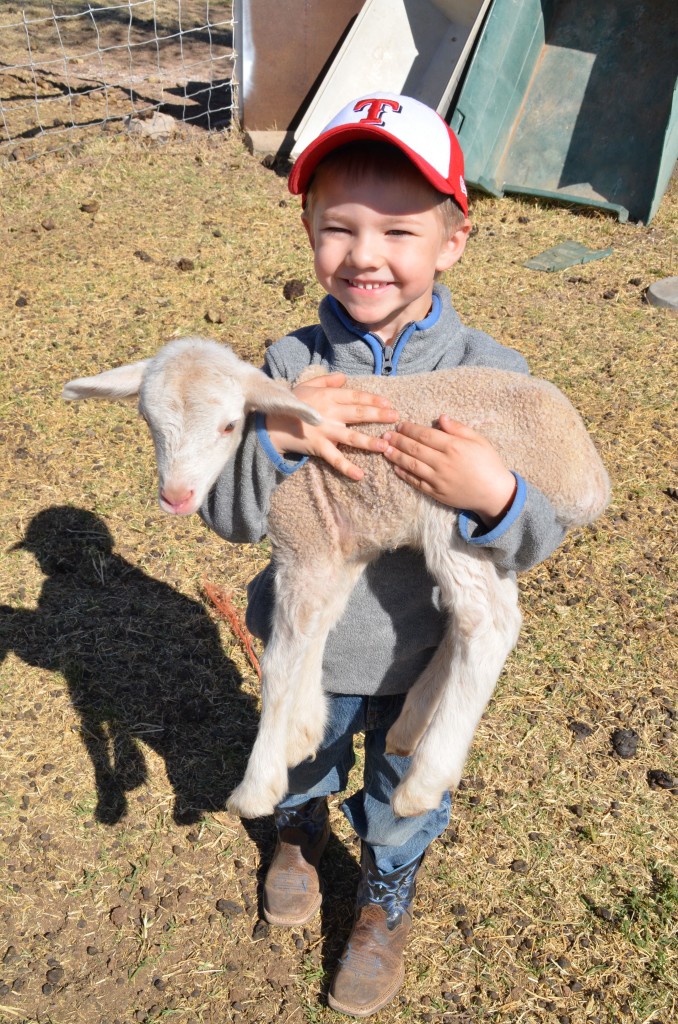 So Teagan happily helped the little guy out 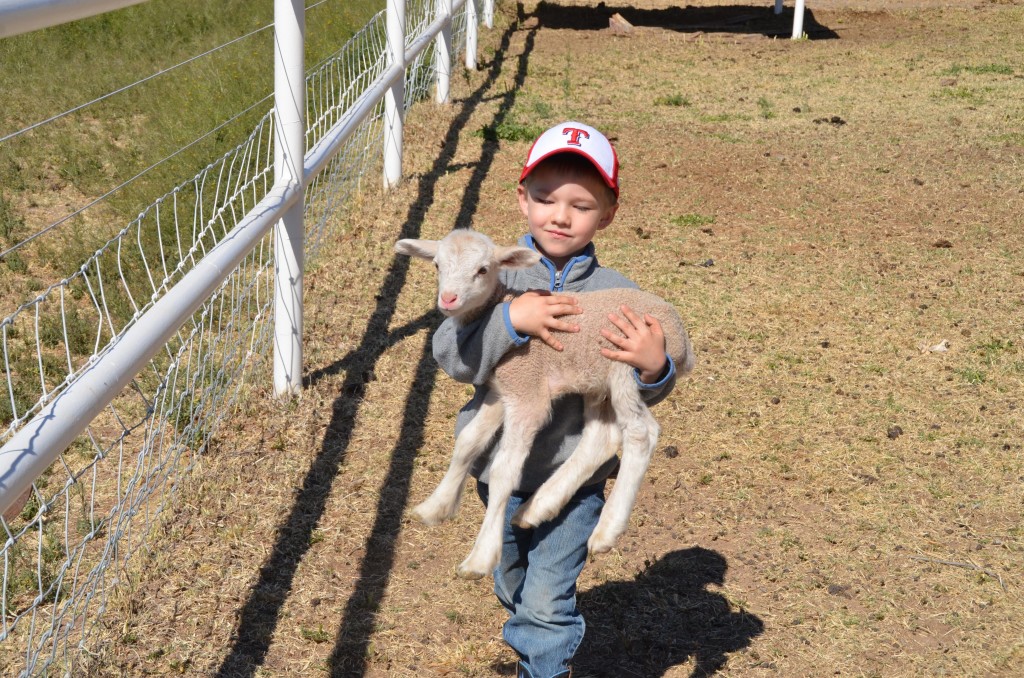 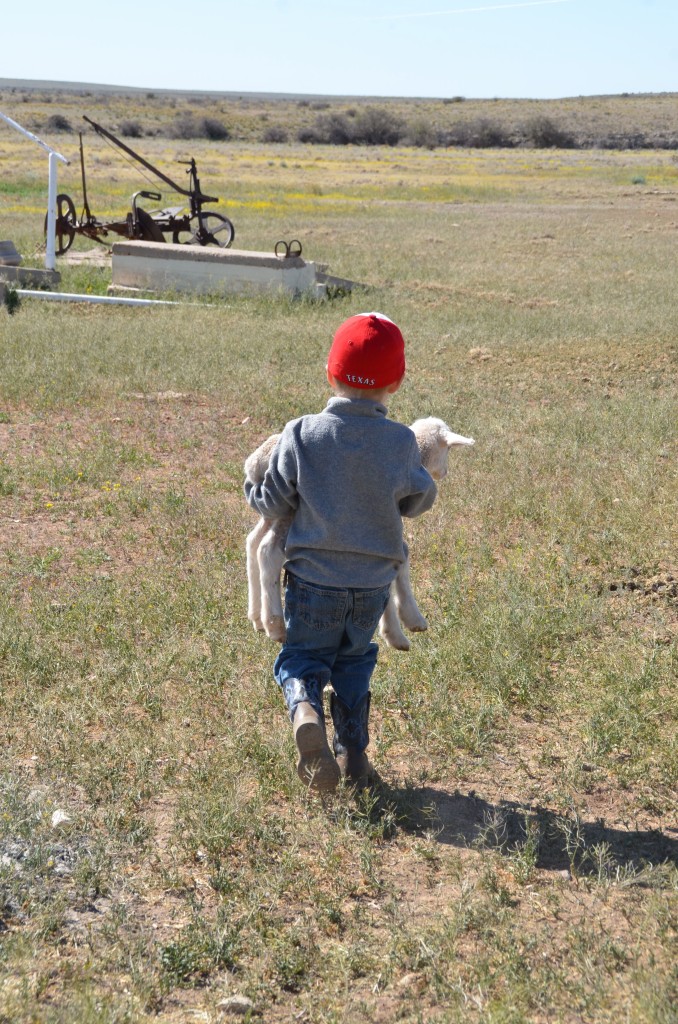 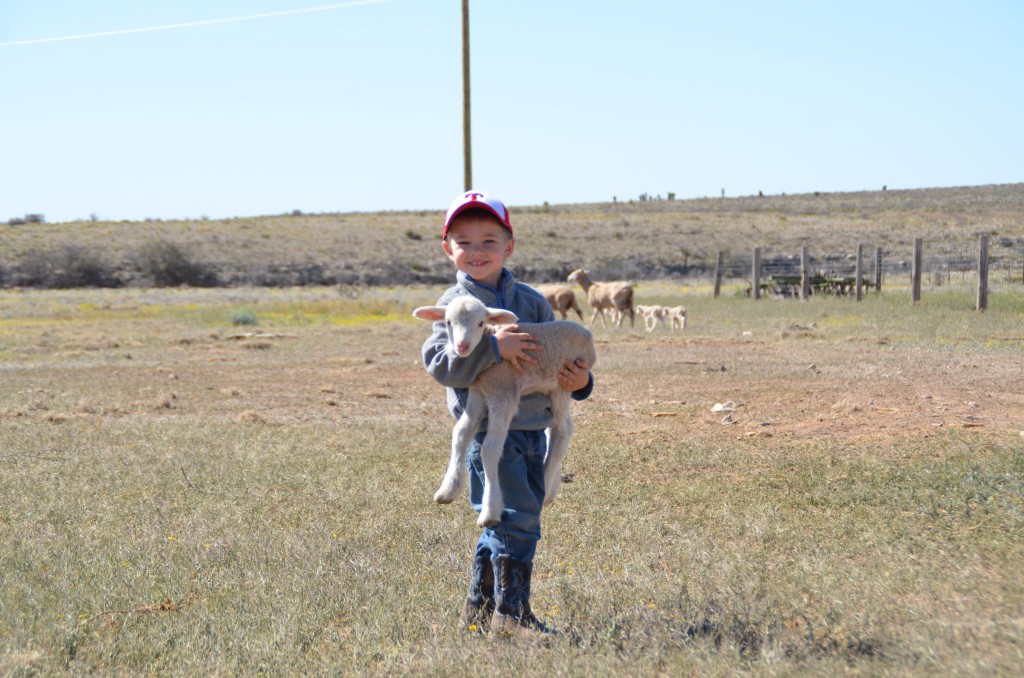 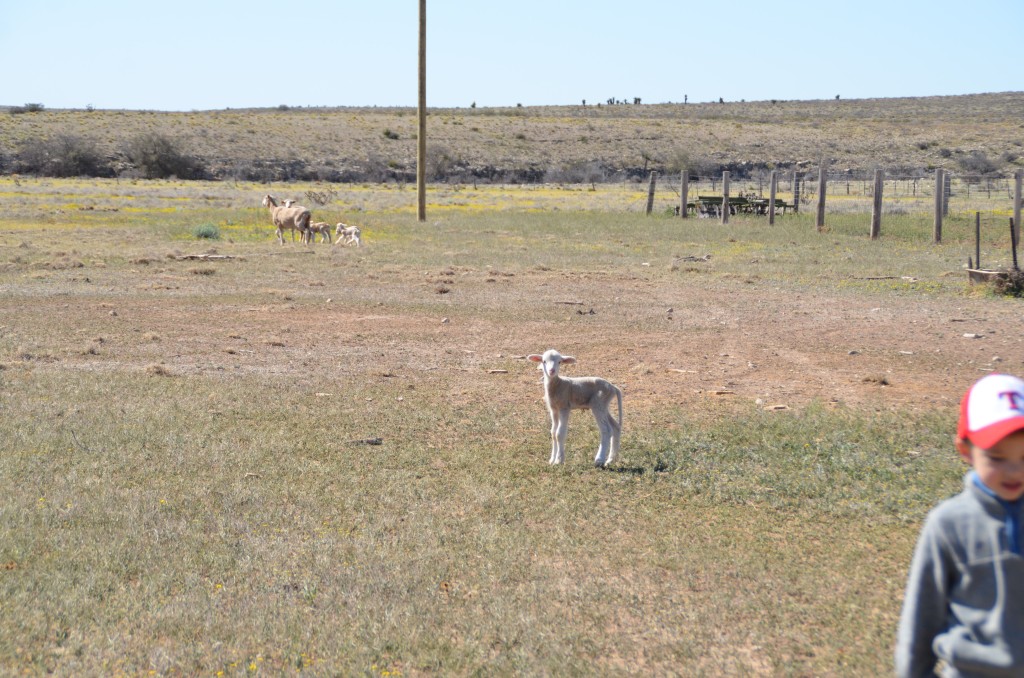 This little guy followed after Teagan for a while, but finally joined his mama

This mama is still having a hard time caring for all three lambs, so we are supplementing with a bottle to keep them healthy.

Want to join the discussion?
Feel free to contribute!

Academy of The Sacred Heart